A city in constant movement: This is Bogotá, the capital of the country, a modern and cosmopolitan metropolis.It is inhabited by more than seven million people from all corners of the country and the world, each with their own customs and beliefs, making it a multicultural city.

A business and industrial city, it has a varied gastronomic and hotel offer; In addition to numerous parks, libraries, theaters, museums and churches and a complete cultural agenda around music, theater and other artistic expressions, which has given national and international recognition, stands out for the imposing mountains in the eastern hills, for its beautiful natural landscapes and architectural contrasts, for its unexpected climate and for its important cultural offerings, such as Al Parque events, the Ibero-American Theater Festival and the Summer Festival, which attract thousands of tourists and residents.

HOW TO FIND YOUR WAY

The hills of Monserrate and Guadalupe are the main reference; the races, which are roads, have a parallel orientation to them in a north-south direction and their numbering increases from east to west. The streets run perpendicular to the hills, in an east-west direction - their numbering increases from south to north. In the city you will also find transversal and diagonals; the former have the same orientation as the races, while the latter follow that of the streets. On the other hand, the avenues can be races, like the avenue carrera 30, or streets, like the avenue calle (street) 26. 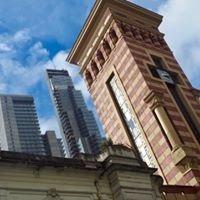 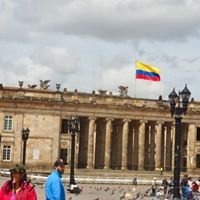 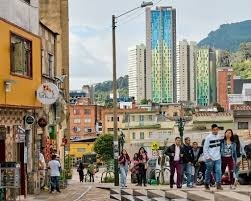 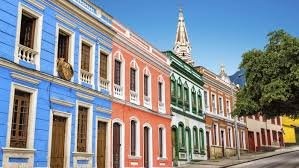